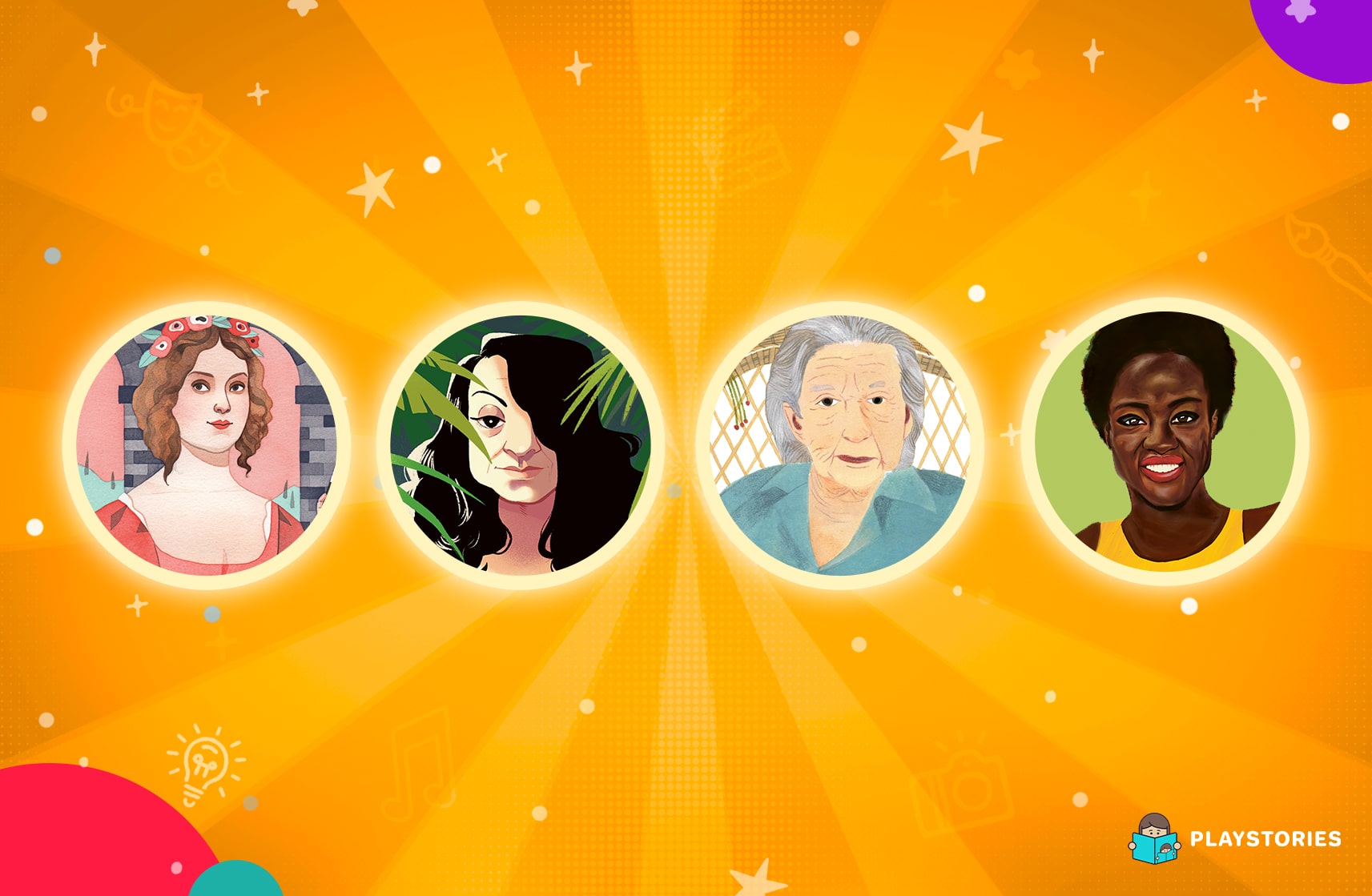 To further encourage little ones to unleash their creativity in childhood, learn about the stories of some of the most incredible and rebel girls in art.

Did you know that during childhood children have a high creative potential, but that this ability decreases as the little ones grow up? A survey carried out by NASA followed 1,600 children for more than 10 years and proved that over the years, little ones use their creativity less and less. For this reason, knowing the trajectory of some rebel girls in art and introducing them to children is so important.

The study conducted by scientist George Land pointed out that between the ages of 4 and 5, 98% of children who participated in the research used creativity to solve problems. The study was repeated with the same children when they were 10, 15, and 30 years old.

In the second stage of the research, when the children were 10 years old, 30% of them used their creative potential to solve the challenges presented. At age 15, this percentage dropped to 12% and at age 30, only 2% of participants made use of creativity.

Why should you give the book Rebel Girls in Art to children?

In addition to the research carried out by NASA, the “Buenos Días Creatividad” study carried out in Spain showed how encouraging children to develop their creativity through artistic education brings several benefits, including increasing the chances of children entering by 17%. In higher education in the future.

For this reason, knowing the trajectory of some of the rebel girls who changed the art world is so important. After all, the participation of women in art is extremely significant, although it is not so well known.

Just like the rebel girls in science and the women who transformed sports, the rebel girls’ space in art was conquered with a lot of persistence, talent, and daring. In addition to contributing to the expansion of the children’s repertoire, families that introduce children to the women who changed the world of art contribute to the story of these brave girls reaching further and inspiring even more little ones to achieve their dreams through creativity.

Meet the rebel girls who changed the art world 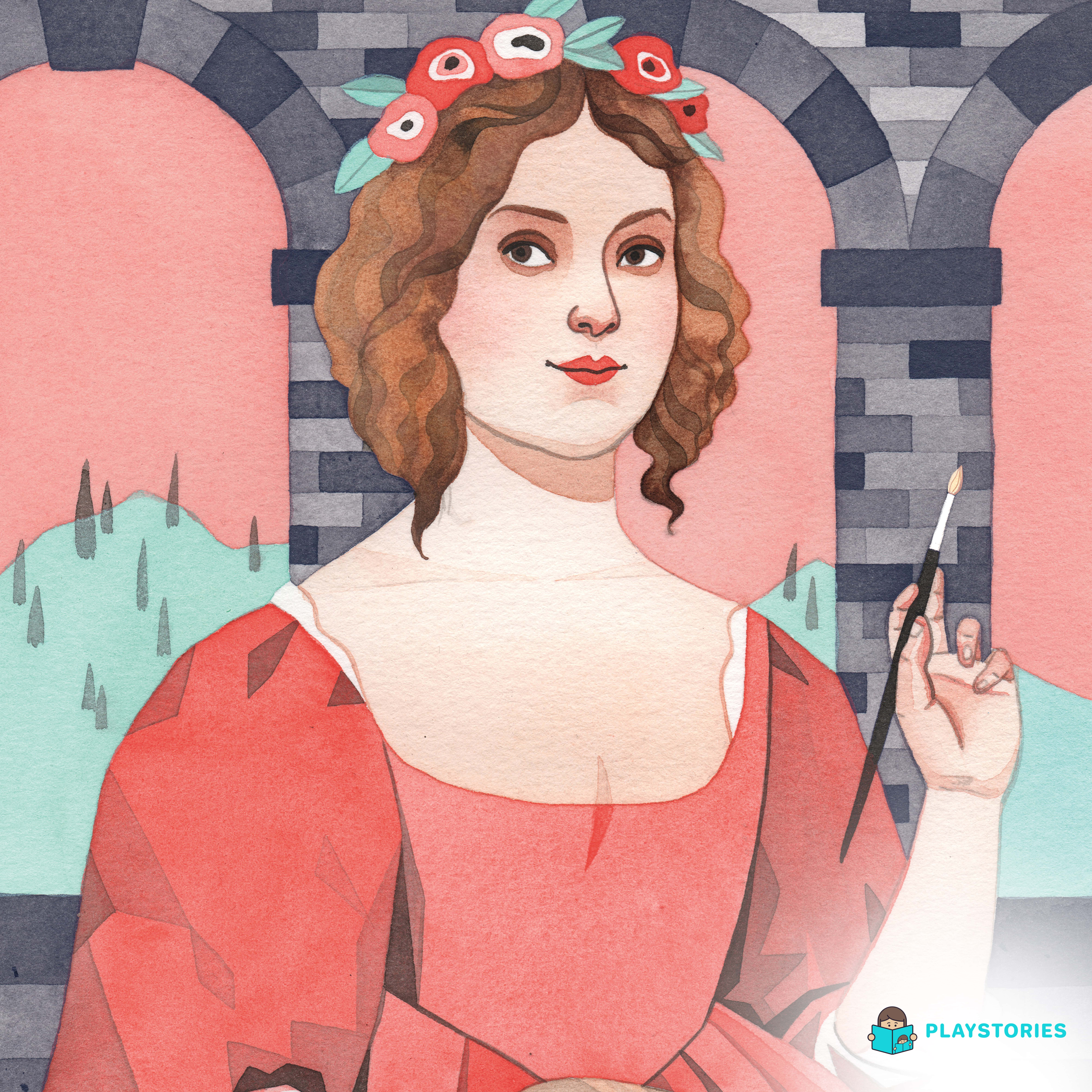 Artemisia Gentileschi is considered one of the greatest artists of her time. Born in Italy in 1593, this rebel girl in art learned to paint with her father when she was still a little girl.

At just 17 years old, Artemisia had already painted several masterpieces, but her talent was still underestimated, as no one believed that the paintings she made belonged to her. This happened because at that time the renowned artists were all men.

Although they didn’t believe in her talent, Artemisia never let it stop her from using her creativity and talent to paint. Her persistence led her to become the first woman to study at the

Academy of Fine Arts in Florence, as well as being recognized as one of the greatest painters of her time.

Known around the world as the “Queen of Soul”, Aretha Franklin is considered one of the greatest singers of all time.

Her musical trajectory began when Aretha was just 14 years old. Over her 60-year career, she received numerous awards and became the first woman to be inducted into the Rock and Roll Hall of Fame.

In addition to her love of music, Aretha Franklin also fought for the rights of women and people of color. 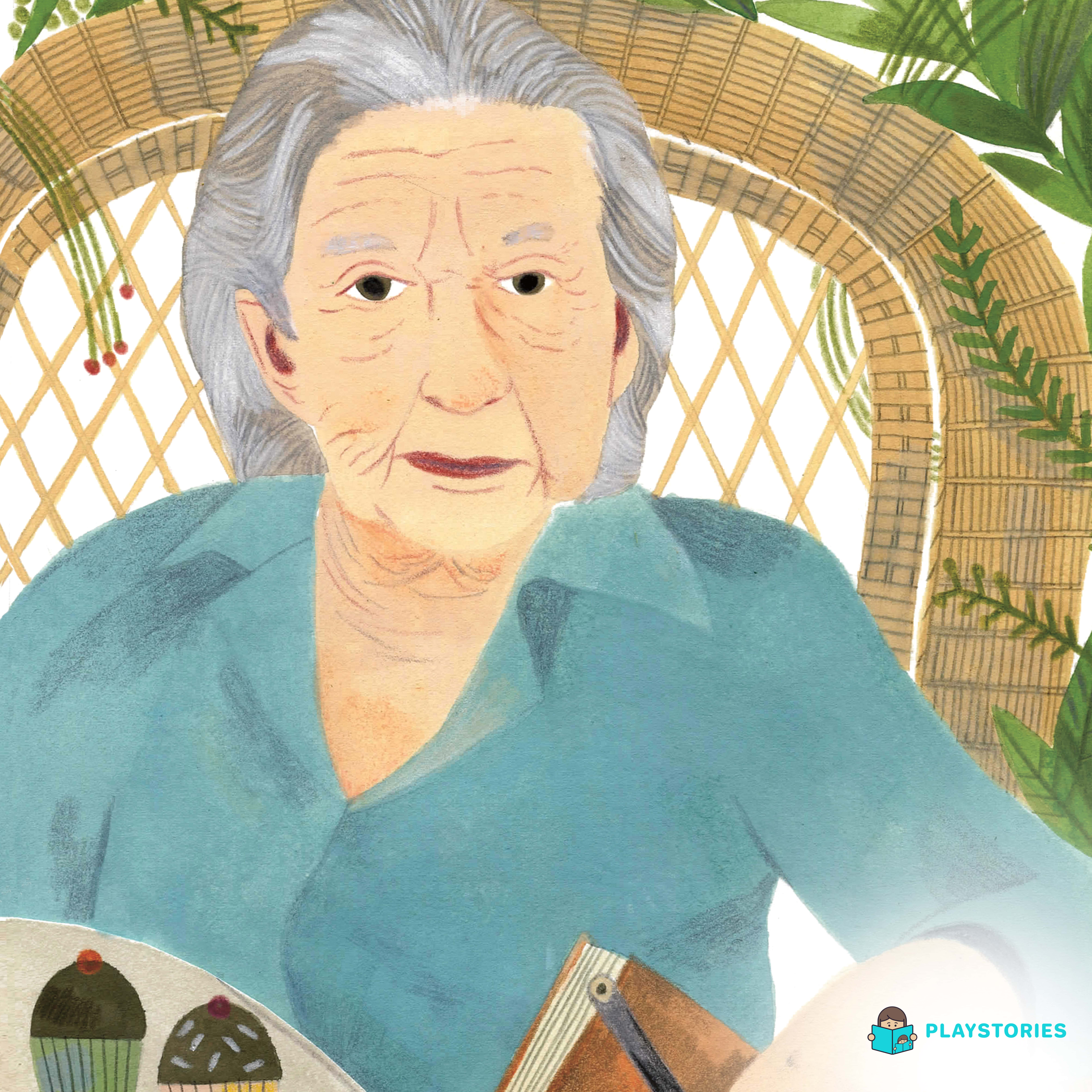 Brazilian poet Cora Coralina is a rebel girl full of inspiration. She is known as one of the most important writers in Brazil. To achieve that title, she was very strong and patient.

Born in the state of Goiás, Cora started writing when she was just 14 years old, and in her poems, she always talked about her city and her childhood. Despite being very talented, Cora’s first book of poetry was only released when she was 75 years old.

Before that, Cora got married and had to work making cakes and sweets to support her children. Her passion for writing did not let her give up on the dream of sharing her poems with the world. Cora always said that “we are all enrolled in the school of life, where time is the master”.

Chimamanda Ngozi Adichie is a Nigerian writer who became world-renowned for the stories she published about her country and its culture. Currently considered one of the great writers of African literature, Chimamanda decided to start writing because she was saddened by not finding characters like her in the books she read.

She is also one of the most powerful voices in the fight for women’s rights and believes that a better world will only be built when equality between men and women is achieved.

Frida Kahlo was a Mexican painter who found in art a way to express her creativity and communicate her feelings.

Her passion for painting began at the age of 18 when she suffered a serious bus crash and had to be bedridden to recover. Frida also had a disease called polio as a child.

Although she felt a lot of pain due to the illness and the accident she suffered, even needing to use a wheelchair to get around, Frida never let that stop her from painting and creating art. She always said, “Feet, what do I need you for when I have wings to fly?”

Lina Bo Bardi is among the rebel girls in art as she has transformed the world with her architectural creations.

The architect, who was born in Italy and studied architecture at a time when women rarely took those classes, moved to Brazil after the Second World War. It was there that she designed great buildings and became world-renowned for her projects.

Lina believed that it was important for people to participate in her designs. Among her most famous projects are the São Paulo Museum of Art (MASP) and the Casa de Vidro.

Born in Serbia, Marina Abramovic is a performance artist known worldwide for always trying new things in her art.

For her, “having the courage to face the unknown is so important”, which is why since she began her career in 1970, Marina has been dedicated to exploring with great creativity all the limits between the artist and the audience that watches her.

In 2010, the artist made an exhibition about her artistic journey that occupied every floor of the Museum of Modern Art in New York, receiving visits from thousands of people.

Tarsila do Amaral was a Brazilian painter who revolutionized the artistic movement in the country.

Alongside her husband, the poet Oswald de Andrade, Tarsila brought the modernist movement to Brazil in 1922, which revealed other great artists such as Anita Malfatti, Zina Aita, and the pianist Guiomar Novaes.

Among the best-known works of this rebel girl are the paintings “Abaporu”, “A Negra”, “Operários” and “O Mamoeiro”. Tarsila’s work can be seen at the MoMA in New York.

Plastic artist Tomie Ohtake, who was born in Japan and naturalized in Brazil, became known around the world for her sculptures and prints.

In her works, Tomie used several elements of the abstractionist artistic movement, which led her to receive several national awards, such as the Panorama Prize for Brazilian Painting and the Order of Cultural Merit.

In November 2001, Instituto Tomie Ohtake was inaugurated – a space specially developed to receive exhibitions of fine arts, architecture, and design. 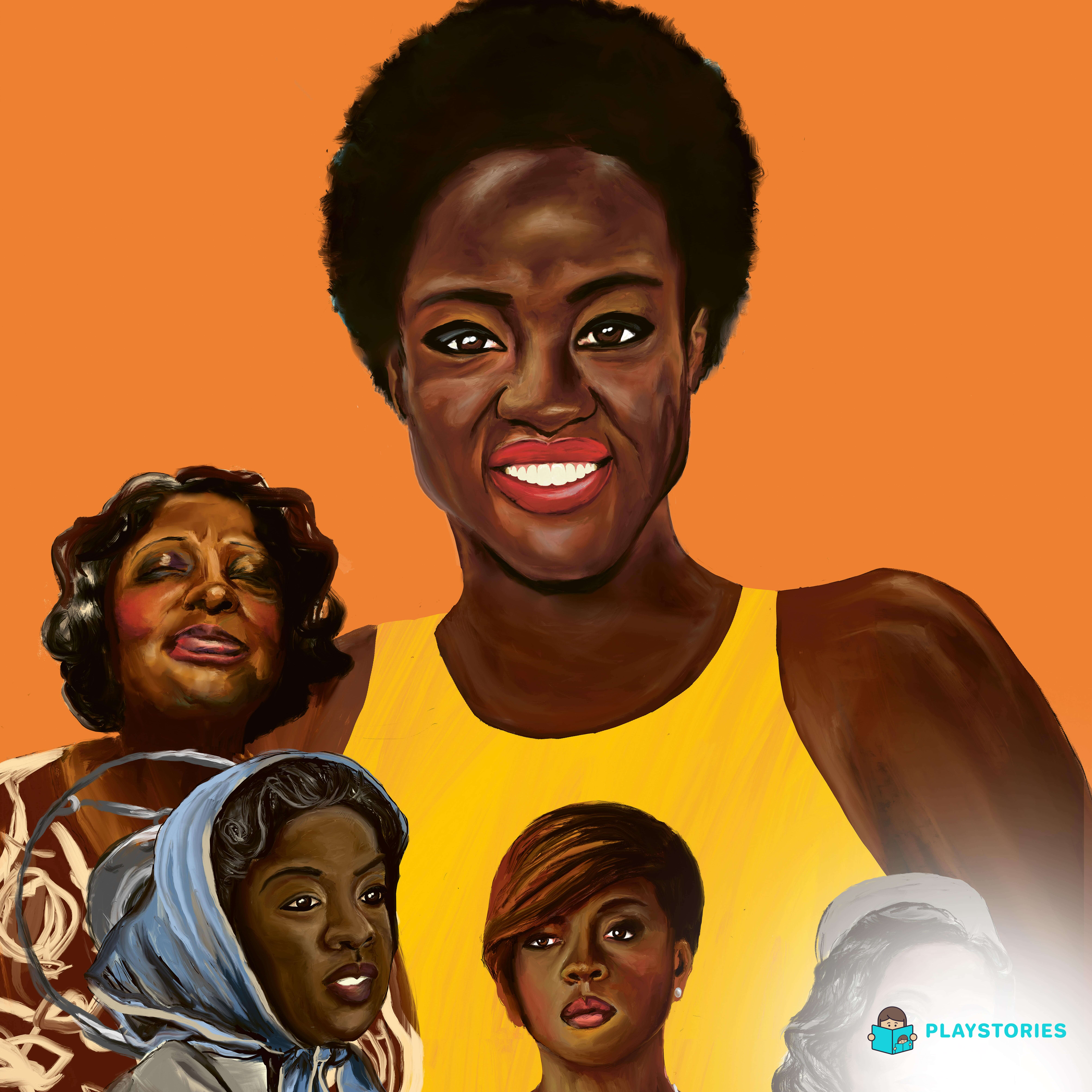 American actress Viola Davis is one of the art rebel girls who has changed the world with her talent.

She was in several films and series such as the feature film “The Help” and “The First Lady”, in which she gave life to the former first lady of the United States, Michelle Obama.

For her performances, Viola has already received many awards such as the Oscar and the Golden Globe in the category of Best Supporting Actress. Furthermore, in 2012 and 2017, the actress was considered one of the 100 most influential people on the planet by Time magazine. 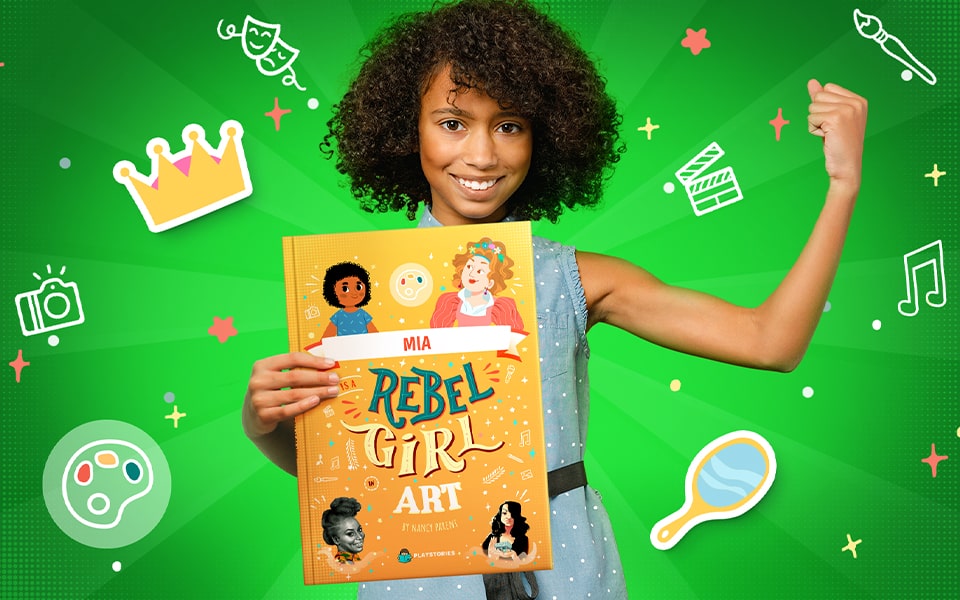 To continue stimulating children’s contact with the women who changed the world of art with their talent and inspire the little ones to explore their creativity, the personalized book “Rebel Girls In Art” will take young readers on an adventure full of empowerment and new learnings.

The Little Prince: Learn 10 Amazing Facts About The…