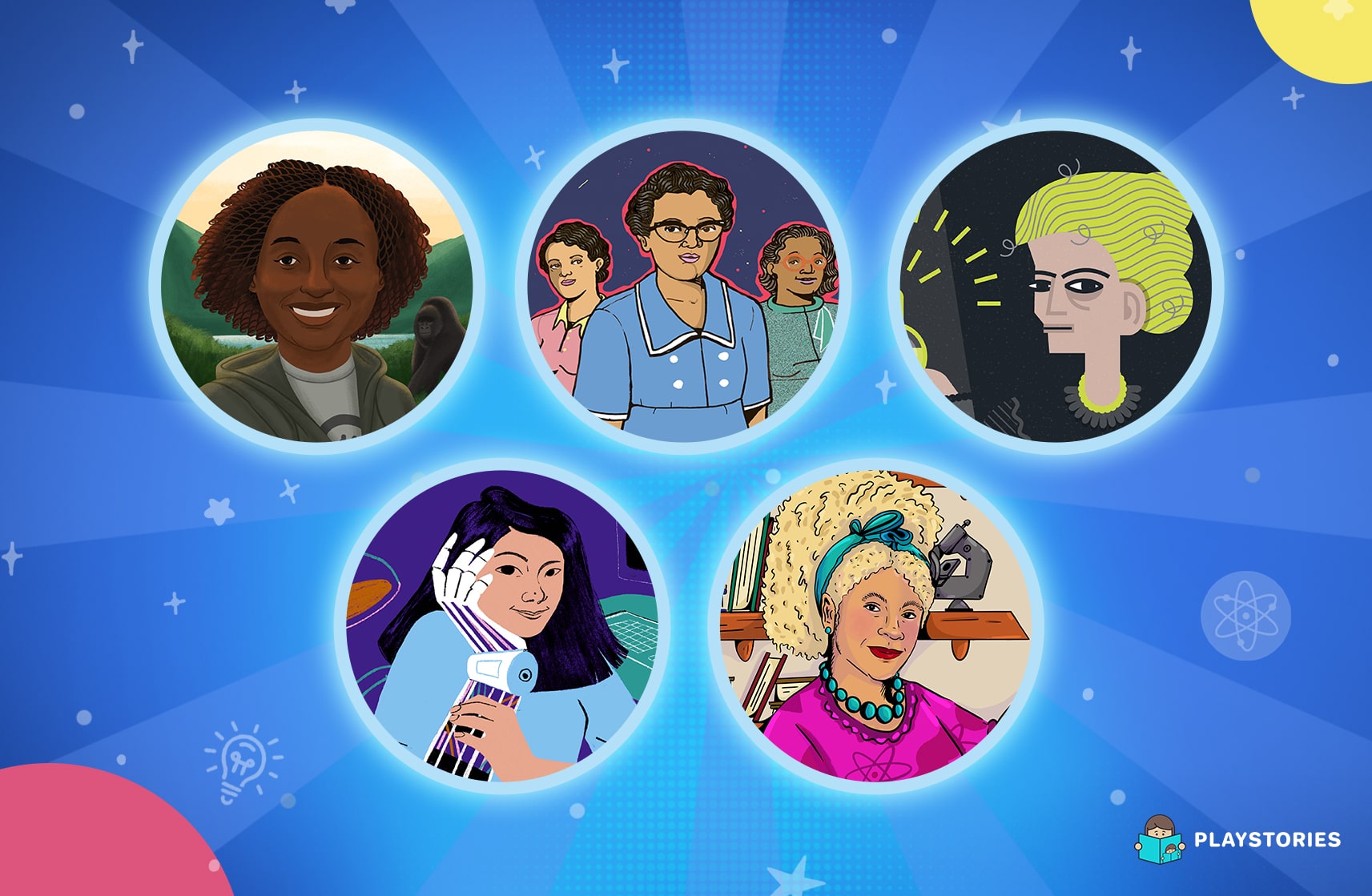 Encourage children’s contact with the scientific universe by introducing little ones to the inspiring stories of Rebel Girls in Science.

Children’s curiosity to discover the world around them and understand how it works is one of the ingredients that, with lots of imagination, spark their interest in science during childhood. To stimulate the contact of the little ones with the scientific universe, how about knowing the stories of the Rebel Girls in Science?

In an essay recently published on the Literary Hub website, psychologist, and Yale University professor Frank C. Keil explains that during childhood, children want to know how the world works. Combining admiration, imagination, and curiosity, which stimulate research and spark interest in science, the little ones find the answers they want.

However, as they grow up, children put aside this scientific interest, which gradually reduces their curiosity for discovery. In adulthood, Professor Keil points out that this behavioral change initiated in childhood is reflected, for example, in the scientific literature, which fails to present adults with books that explain why and how the world continues to develop, being replaced by new content.

Why introduce rebel girls in science to kids?

A great opportunity to help kids take an interest in science and also to encourage girls’ empowerment by inspiring little ones to be whatever they want. Presenting the stories of some amazing science “rebels” who transformed the scientific universe will show little readers that they can be anything they dream of.

“Any time a girl can see herself being the main character of a story or as a scientist or an engineer, that’s a huge step forward! We need to see more female role models in every aspect of society.”

In addition to expanding the children’s repertoire, the revolutionary stories of women who overcame the challenges that came their way with daring, courage, and a lot of talent, will show to the new generation of girls that they are also capable of making their dreams come true with a lot of strength, determination, and confidence.

Ada Lovelace was a talented mathematician and writer who is regarded as the first female programmer in history. Ada earned that title as she developed the first algorithm processed by a machine.

Recognition of Ada’s other discoveries, such as the “analytical engine” designed in partnership with scientist Charles Babbage, came only years after her death when scientist Alan Turing referred to her as the creator of the first algorithm.

Ada’s story, which was encouraged by her mother to study math, shows girls how they, too, are capable of creating amazing things, while teaching boys the importance of recognizing girls’ great ideas. 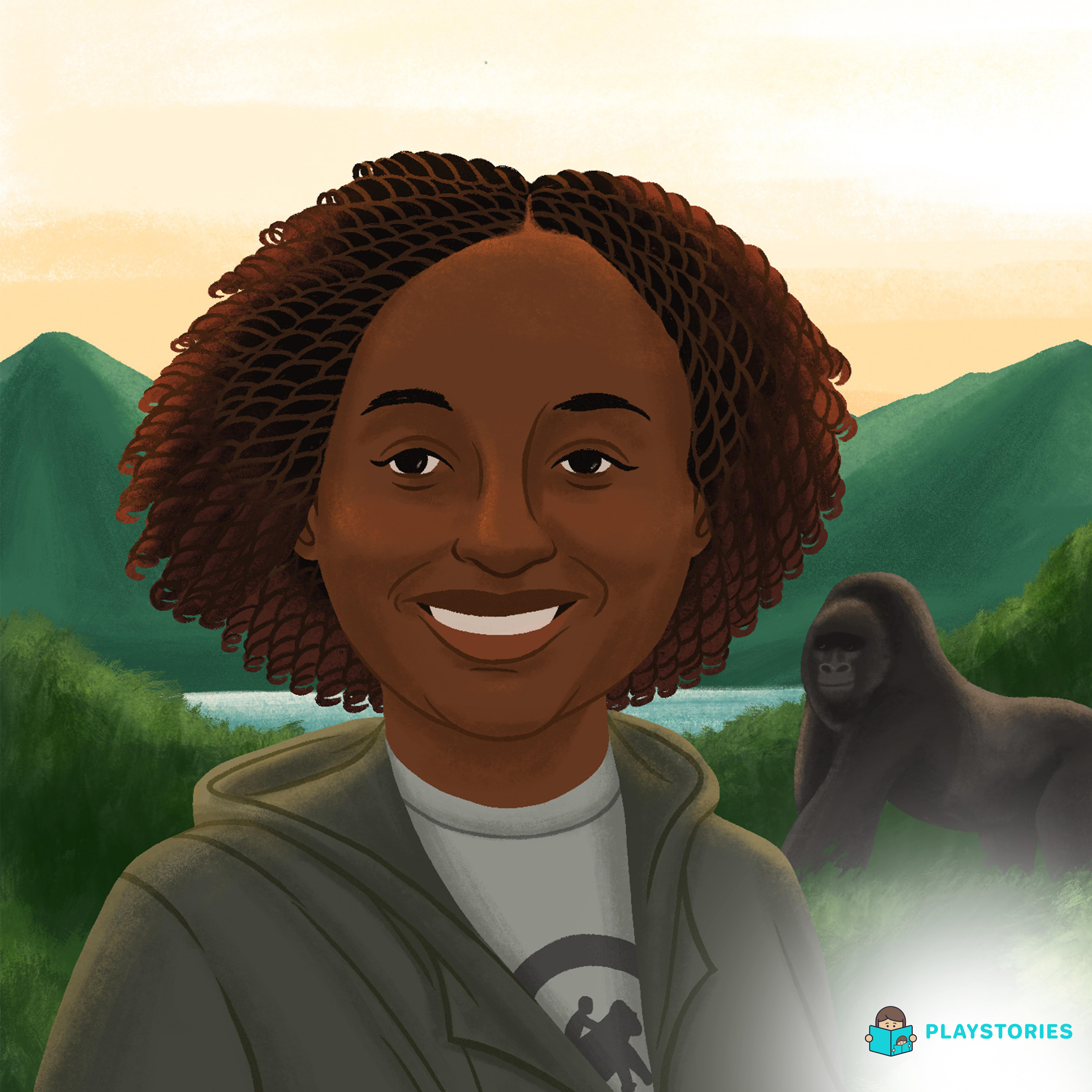 Gladys Kalema-Zikusoka was born in Uganda and at just 25 years old she became her country’s first wildlife veterinarian.

Gladys became world-renowned for developing a successful plan to prevent Mountain Gorillas from dying of human diseases. In addition to saving and increasing the population of this rare species, Gladys’ innovative work has turned into Conservation Through Public Health, which brings together specialized professionals and volunteers to care for and preserve the lives of Mountain Gorillas.

Gladys’ love for animals and her desire to save gorillas inspire girls and boys to help others and work as a team to achieve a common goal.

Considered one of the greatest Brazilian biologists, Bertha Lutz is one of the rebel girls in science that children need to know.

In addition to her love for Biology, the daughter of the doctor Adolfo Lutz and the nurse Amy Bruce Lee, also studied Law so that she could help with women’s struggle for equality. Bertha once said that “for a woman to succeed in life, she must dive in headfirst. If you fail once, you have to try another hundred times. It is precisely the new generation that is responsible for carrying forward women’s struggle for equality”.

Bertha’s trajectory in science and the fight for women’s rights inspires girls to continue overcoming challenges with courage, as well as inviting boys to help them build a future with more equality. 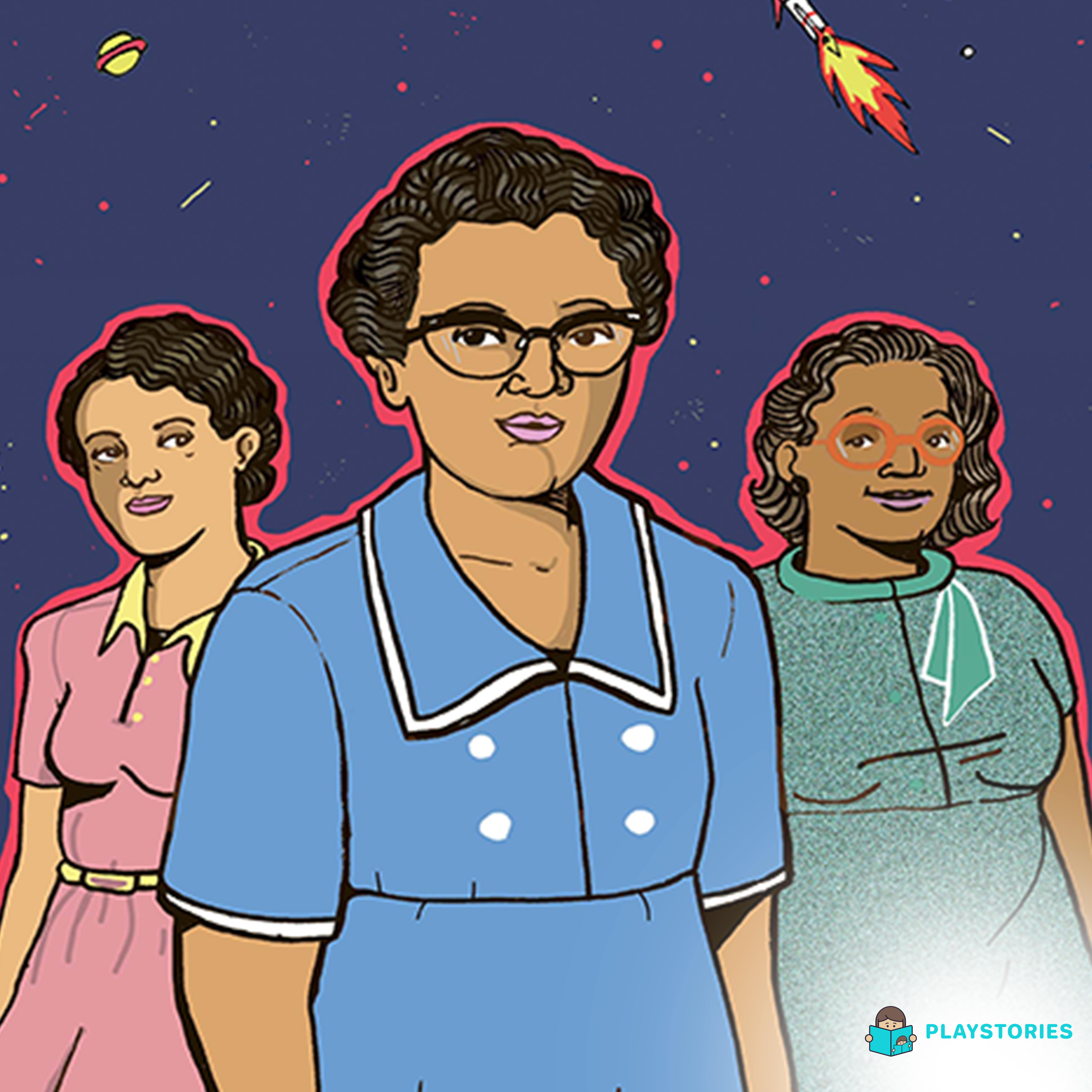 Katherine Johnson was a mathematician and computer scientist who worked at NASA and became world-renowned for checking and developing the complicated calculations that allowed astronaut John Glenn to safely orbit the Earth.

Katherine’s brilliant story, along with Dorothy and Mary, is an incredible example of how girls can and should be protagonists of great discoveries, as well as showing boys how girls are, too, sources of inspiration.

In 1992 astronaut Mae Jemison became the first black woman to travel into space! Aboard the STS-47 mission, Mrs. Jemison overcame all the barriers that came her way and went down in the history of the rebel girls in science.

Mae’s incredible story presents valuable lessons for children’s lives, such as the importance of developing the courage to occupy new spaces and helping others in the process. 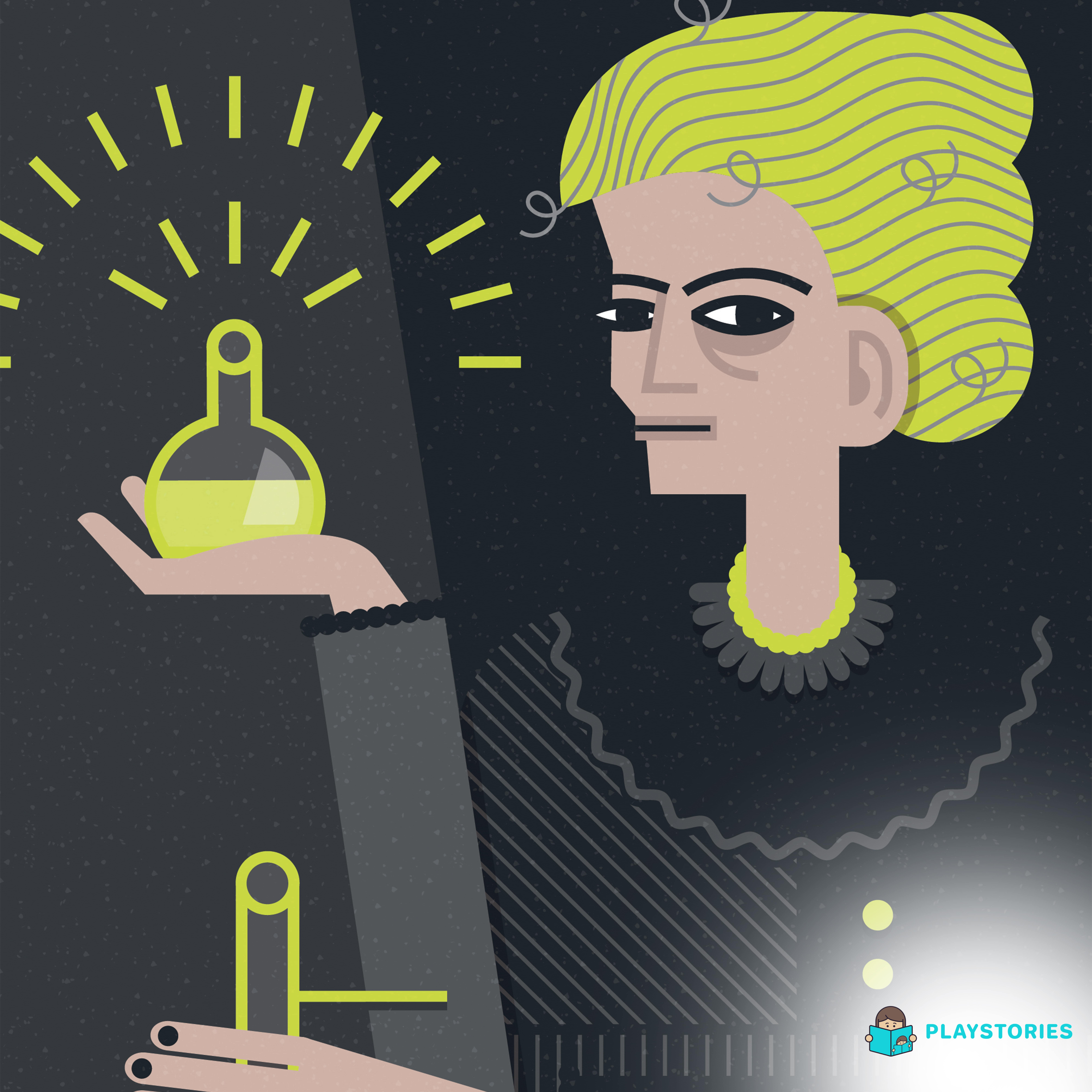 Marie Curie was a physicist who became known around the world for discovering, together with her husband Pierre Curie, the radioactivity caused by two elements called radium and polonium.

Marie was also the first woman in history to win the Nobel Prize twice. Her discoveries were very important to save soldiers’ lives during the First World War and are still widely used in the treatment of different diseases.

Marie Curie’s fascinating discovery was made after years of study, which shows children that commitment and persistence are key ingredients to achieving one’s dreams.

Jaqueline Goes de Jesus is one of the rebel girls in science that has stood out in the field of Brazilian scientific research. Besides getting a Biomedical degree, Jaqueline is also a Doctor in Human Pathology and is studying Infectious Diseases in her postdoctoral.

Jaqueline became world-renowned for mapping the first genomes of SARS-CoV-2 in Brazil just 48 hours after the confirmation of the first case of Covid-19 in the country.

In addition to her achievement being fundamental for monitoring the virus in Brazil, Jaqueline’s discovery also helped her turn into a Barbie doll to inspire and empower many girls who dream of being scientists. 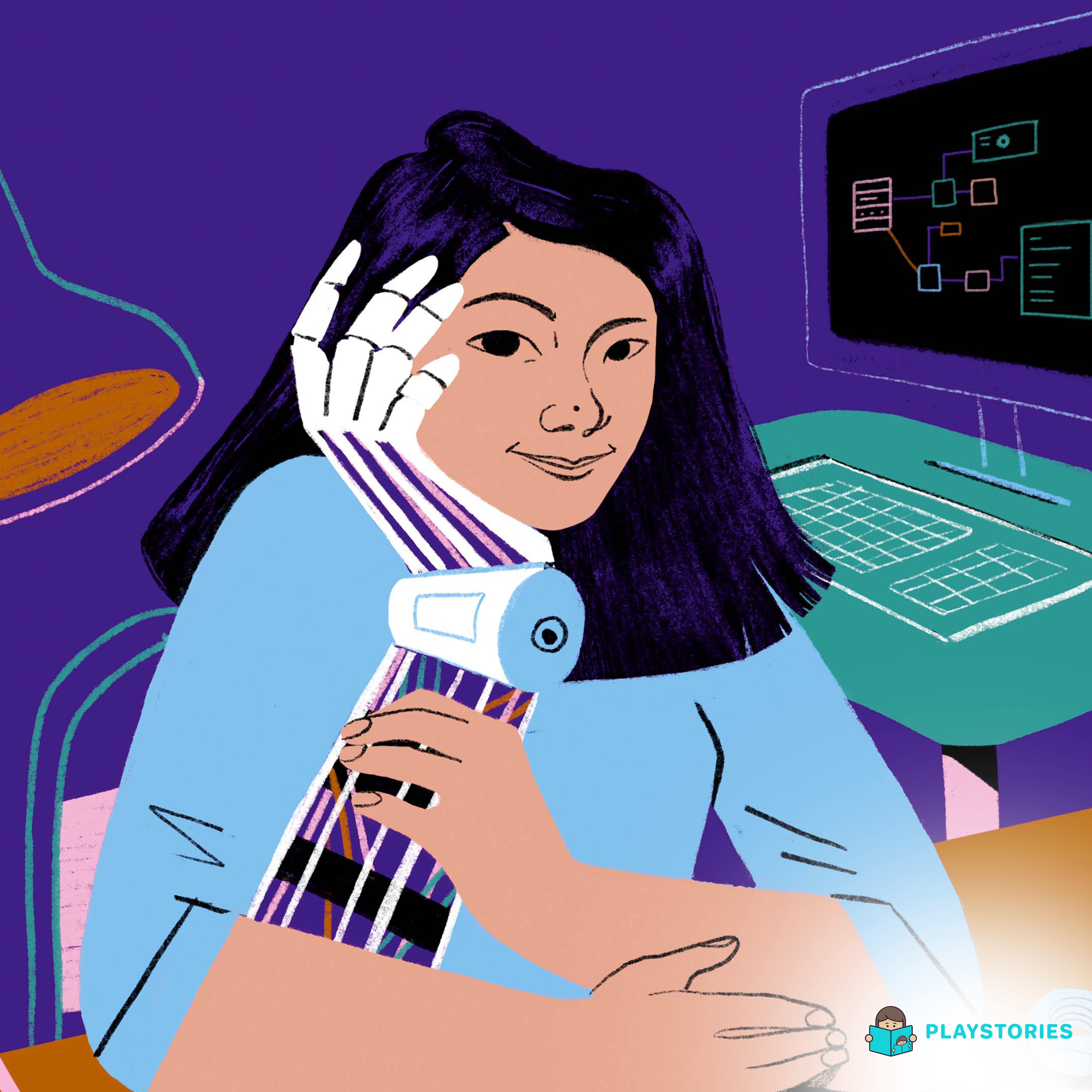 Engineer Yoky Matsuoka revolutionized the world of robotics by creating mechanical arms capable of helping people regain muscle movement. Mrs. Matsuoka’s work made her one of the first people to work in a top-secret research department.

Her intelligence and talent have also led her to work at major technology and innovation companies such as Google, Twitter, Apple, and Nest.

Among the rebel girls in science to inspire children, Mrs. Matsuoka is an example that stands out for having turned the fact of not being able to fulfill her dream of playing tennis because of her injuries into motivation to try and discover new things.

Hedy Lamarr was a great scientist and inventor, as well as an actress and filmmaker. In the scientific field, Mrs. Lamarr became known during World War II, when she created a revolutionary device that caused interference in radio waves and confused Nazi radars.

Around 1963, she revolutionized science again by creating Wi-Fi connections, which are still used every day by thousands of people around the world.

Hedy’s story shows girls that they can be anything they want to be and don’t have to limit themselves to developing their skills in just one area. Her inspiring trajectory should be known and shared with all the little ones. 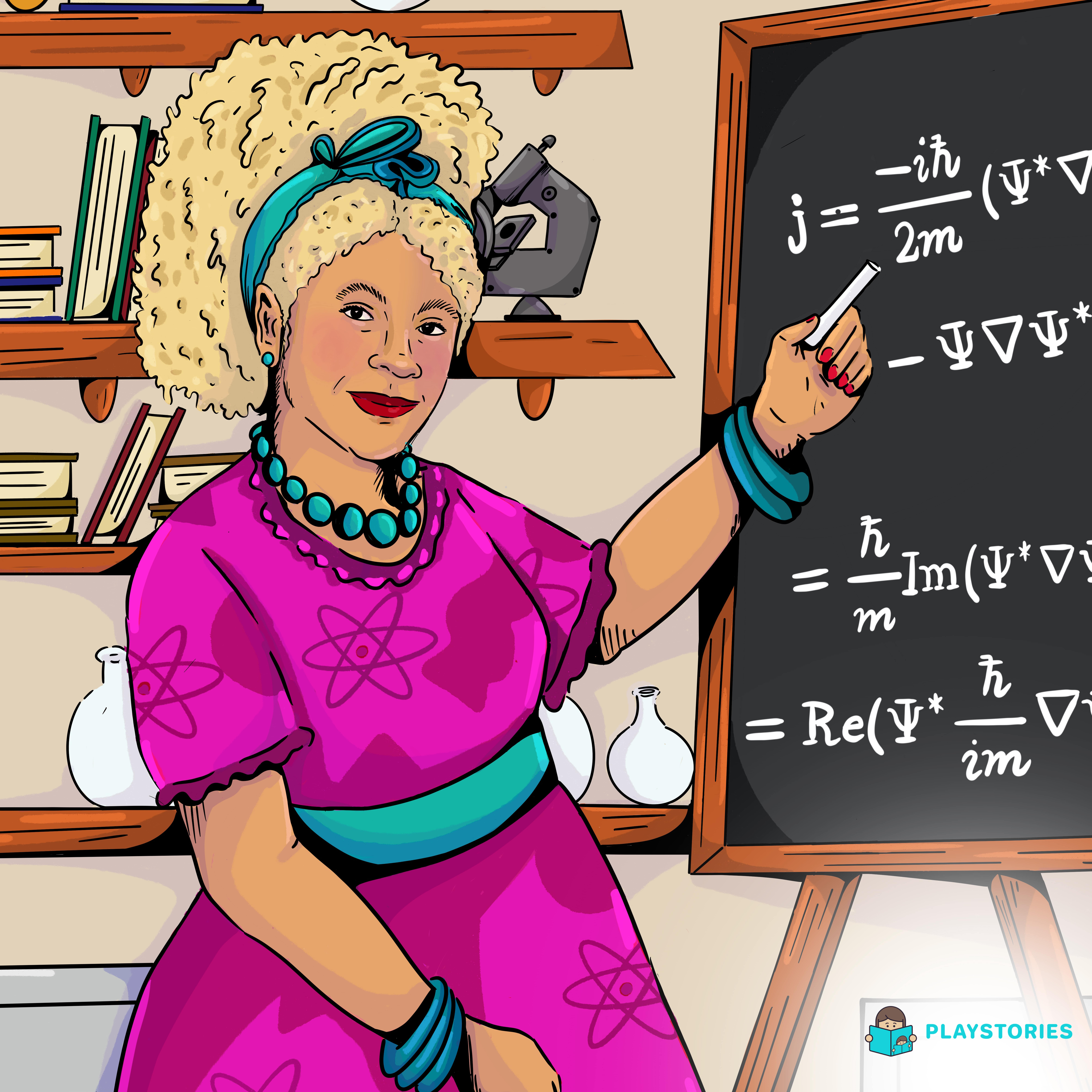 Sonia Guimarães was the first black woman to become a professor at the renowned Instituto Tecnológico de Aeronáutica (ITA) in Brazil.

The Ph.D. in Physics from a university in England is a rebel girl who never gave up on her dreams and never stopped fighting so that other women could also be scientists.

Sonia’s great discoveries, which have already been published in several scientific journals around the world, teach children to persist to achieve their goals.

Learning from the Rebel Girls in Science through Reading

In addition to inspiring boys and girls, the stories of these rebel girls who transformed the world with their fantastic discoveries are also a reminder to families of the importance of diversifying the role models of successful people to children.

Children’s books are excellent resources to stimulate the contact of the little ones with the stories of women who were revolutionary in the scientific field, showing children, in a playful and very fun way, how they can also become great scientists, engineers, astronauts, physics, among many other professions linked to science. 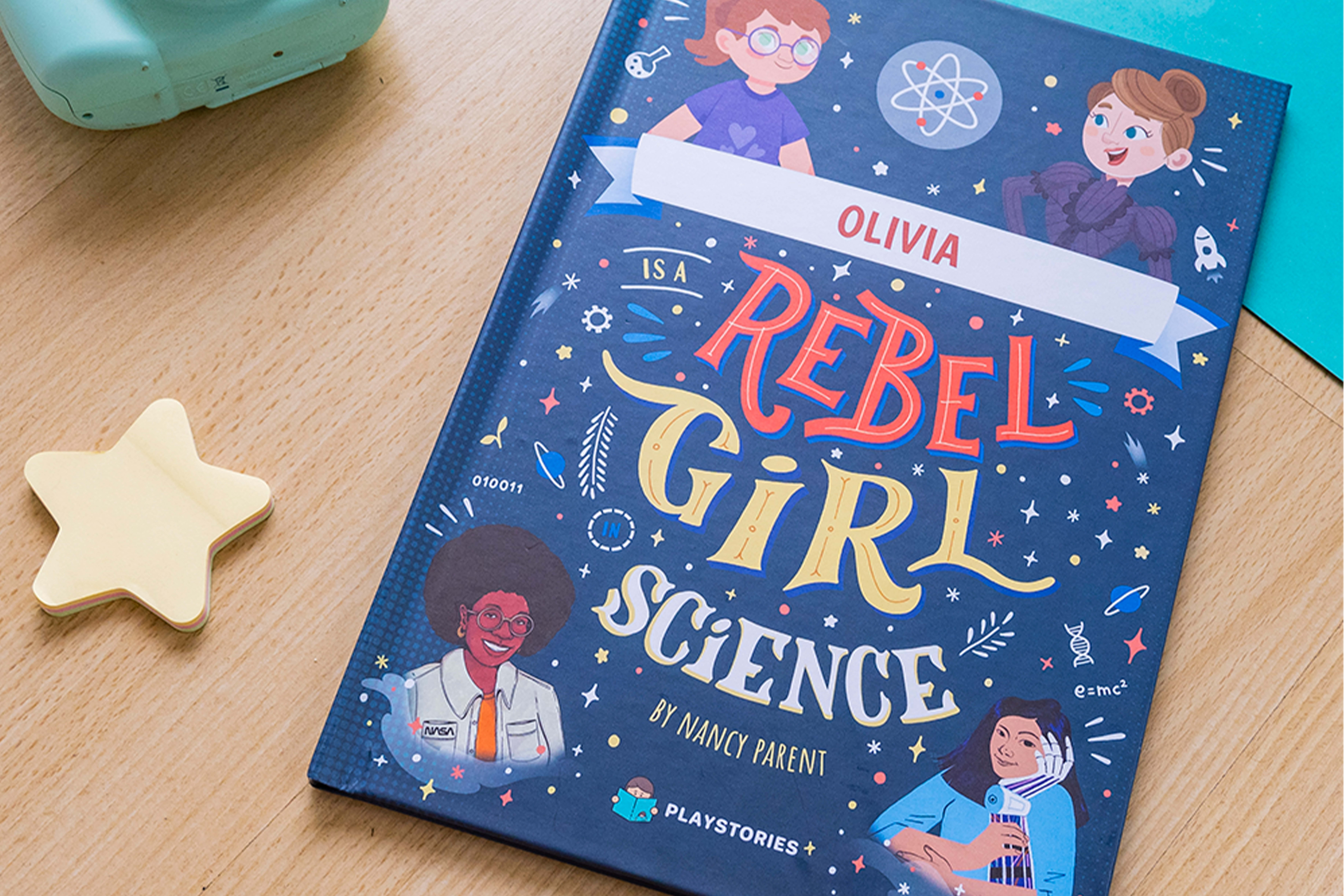 In the personalized book “Rebel Girl in Science” children become the protagonists of an inspiring story in which they will learn about the trajectory of women who illuminated the scientific world with their talent. From the examples of these rebel girls, the little ones will learn to overcome their challenges with great courage.

Go to our website to read and personalize many amazing stories!