Curiosities About Five Species of Dinosaurs | Meet the Animals Series 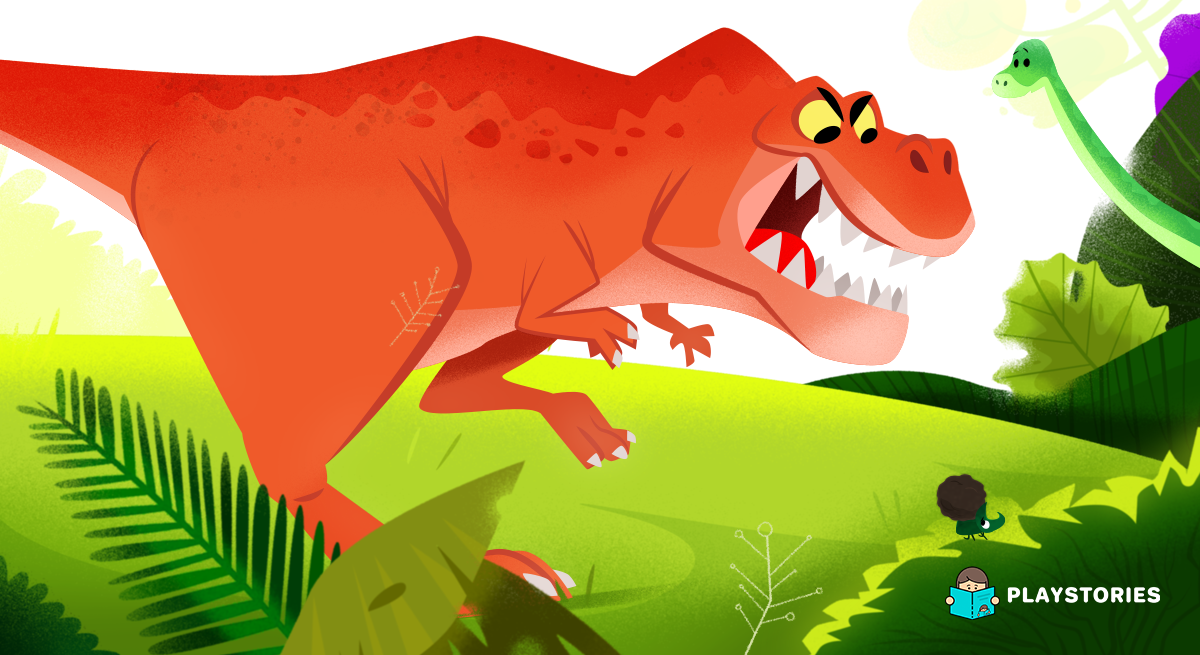 In our ‘Meet the Animals’ series, your kids will discover interesting facts about five species of dinosaur and learn about these incredible beings!

Did you know that the word dinosaur, in its Greek origin, means “terrible lizards”?

These giant reptiles that disappeared more than 60 million years ago, continue to spark your curiosity. Children, especially, tend to go through a phase where they become crazy about these creatures.

In the personalized book On a Journey Among Dinosaurs, children are exposed to various species of dinosaurs in a fun and playful way. You can also check out more curiosities about them and teach your little ones  about the way of life of these incredible beings!

Discover Five Species of Dinosaurs and Their Curiosities

Proterosuchus is an extinct type of reptile that lived during the early Triassic period. It could reach a length of up to 11 feet, had a large head, and a hooked snout. It was a predator: scientists consider it to have been terrestrial, or a semi-aquatic ambush predator, similar to modern crocodiles.

The Compsognathus dinosaurs lived in the late Jurassic period, approximately 150 million years ago. This dinosaur was a small, bipedal animal with long hind legs and an elongated tail, which was used to maintain balance during locomotion.

They are one of the few dinosaurs whose diet is known with certainty: scientists have found the remains of small lizards preserved in the belly of the fossils. The teeth of the Compsognathus were small but sharp, compatible with a diet of small vertebrates and possibly other small animals, such as insects.

The name Brachiosaurus means “arm lizard” because its front legs were bigger than the rear ones. Known for its very long neck, it was a type of sauropod dinosaur that lived during the late Jurassic period.

This animal was 50 feet tall and about 80 feet in length and it is estimated that its weight reached around 90 tons. The brachiosaurus spent most of the day eating leaves from their favorite trees, including conifers, a type of pine. Despite the heavy weight, it could reach a speed of approximately 10 miles per hour.

Tyrannosaurus Rex is a type of dinosaur that lived during the late Cretaceous period, approximately 66 million years ago, across the region that today is North America.

Their legs were long and muscular, but their arms were extremely short and thin, and these animals also had three fingers at the end of each leg and two fingers on their arms. In adulthood, a T. rex could reach about 12 feet tall and 40 feet in length. A recent study proves that it had the most powerful bite on the planet. It had 60 teeth and 8,000 pounds bite force.

The name Stegosaurus means “covered lizard” or “roofed lizard”. This species of dinosaur received its name because it had two rows of huge bone plates along its back. They could grow up to 21 feet long!

Stegosaurus was herbivorous and lived between 159 million and 144 million years ago, in wooded areas with low plants. It used its pointed tail and wide plates to defend itself from predators.

Although dinosaurs have been extinct for a long time, children can now be part of an adventure to learn together with these incredible beings. Try creating the personalized Dinosaur book and encourage learning in a fun way! Also check out more dinosaur names for kids where we list out over 300 dinosaur names and their meanings.