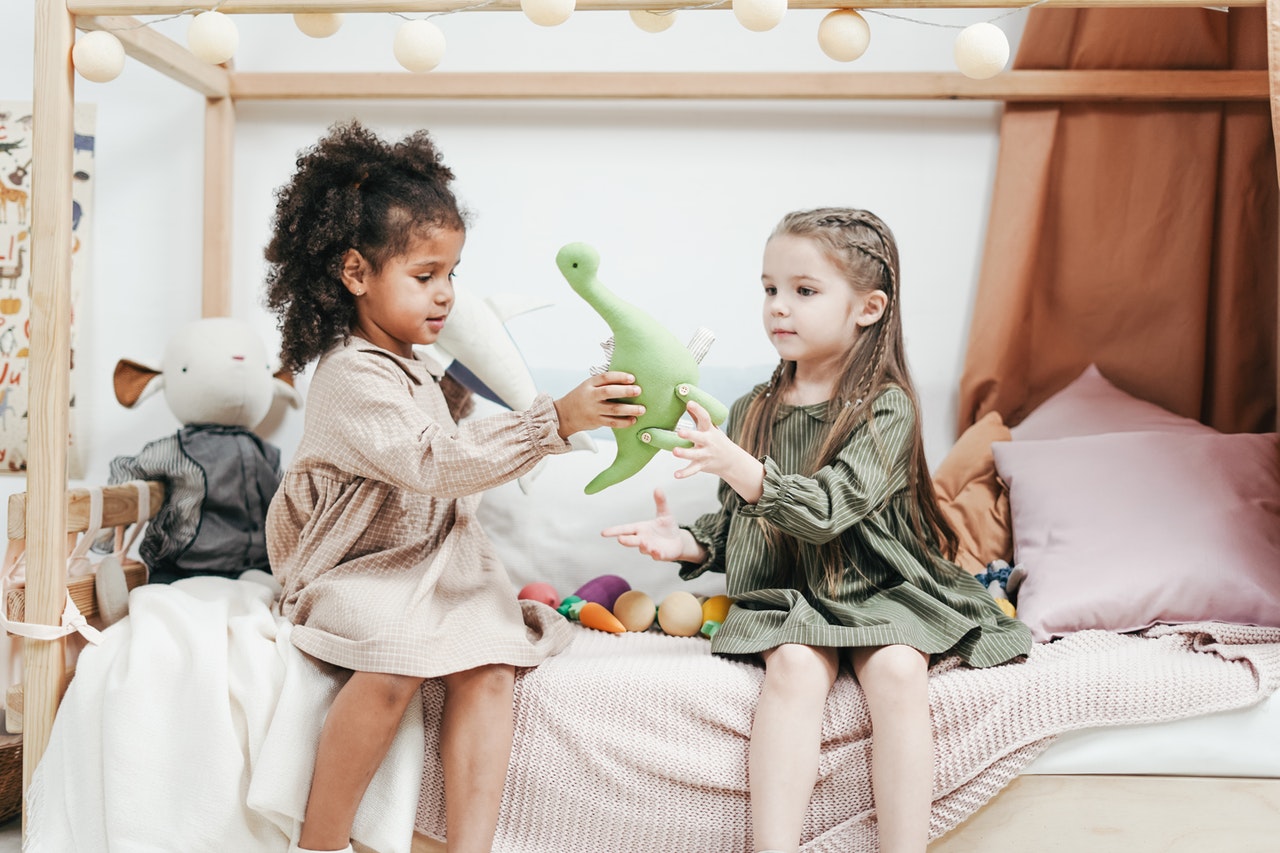 Prepare to arm your little one with Paleolithic knowledge, because we’ve made a gigantic list of dinosaur names for kids! Its plain to see that dinosaurs, no matter which era you search in, are super cool! But no one else is as crazy about them as the young ones in our lives (except paleontologists, but even that’s debatable!) Unlike a lot of fantastical creatures kids are usually interested in, dinosaurs were real, and they dominated the Earth for millions of years. They certainly have left quite a mark on the world as we know it today, as the fossils they left behind provide glimpses into the lives they lived before we came to be.

Today, we see dinosaurs rendered in movies and TV, becoming a genre of entertainment all on its own. Seeing these awesome creatures in their prime sparks the powerful imagination of children everywhere. If your little one is starting to take a vested interest in the prehistoric, this list can introduce them to different types of dinosaurs, and the names of each belonging in the group. We’ve practically put together a phone book for dinosaurs, so let’s get started! Here are 308 dinosaur names for kids and their meanings!

These dinosaurs were of medium size, and got around by moving on all fours. These dinosaurs got the name from the plates of armor made of bone that protect different parts of their body. They helped defend against their predators.

Known for having a beak tipped skull, Ceratopsians used to roam what is now Asia, North America, and Europe. They’re herbivores, meaning they only eat plants and not meat or other dinosaurs. They were around during the Cretaceous period.

Herbivores once again, Eurnithopods stand on only two legs, with some of them using all four of their limbs every now and again. They are of medium size, with some variation from species to species in their speed and behavior.

Give it up to the largest land mammals to ever exist on Earth, for they are Sauropods! They had absolutely enormous necks, and incredibly long tails. Despite their great stature, they only ate plants.

These dinosaurs are the larger ones in the Theropoda. They were originally carnivores, but different branches of the family tree evolved to become omnivores, herbivores, and a lot of other things. They’re known for having three toes on their feet.

Though still part of the Theropod family, small theropods can have their own section seeing as there is plenty of them. They were carnivores, herbivores, or omnivores, and walked on two legs. Birds are also in this group.

If you still want to know more about dinosaurs or what the world was like while they were still alive, then visit the Natural History Museum for more!

You may be familiar with their names by now, but there’s still a lot more about these huge creatures that we are in the dark about. Paleontologists are still studying dinosaurs and fossils to this day and discovering mesmerizing findings about their ancient lives. We still know a good bit about them though, so here are 20 dinosaur facts you may not have known!

Start your children’s love for dinosaurs early! These personalized dinosaur books for toddlers will place your little one in the Jurassic period, going on adventures with their prehistoric pals we just learned about! Playstories makes it super easy to personalize their books. You simply have to put input your child’s name and create an avatar to represent them in the story. A surefire way to spark their love for reading and dinosaurs at a young age. They’ll learn about what we’ve gone over, all while having great fun!

The Fantastic Dinosaur Birthday book in particular would make the perfect birthday gift as the dinosaurs in the book will join in on the fun of celebrating your child’s birthday!

With our On A Journey Among Dinosaurs book, your little one will become a hero to another little one, a baby dinosaur for that matter! A dinosaur egg gets separated from the rest of its family, and it’s up to the reader learn the way of the dinosaurs to safely reunite the baby and its parents!

In both books your little one will discover and explore the prehistoric world, all while practicing and nurturing their love for reading.

Well, we hope that we’ve given you and your child lots of dinosaur knowledge to chew on. Dinosaurs were reptiles that come in many different shapes and sizes, some eating plants, while others ate each other. They went extinct millions of years ago, but their legacy carries on even today. It’s no wonder that it’s such a popular topic among kids and adults alike. It’s a fascinating peek at what existed and claimed dominion over the Earth before us. If our children continue down this path, then we just might be creating the next generation of Paleontologists, who could discover even more about these iconic reptiles. Even if could be a bit of a stretch, knowing lots of dinosaur knowledge and facts never hurt anyone!

« 8 Reasons This Feeling Grateful Book Is One Of The Best Gratitude Books For Kids
The Little Prince: Learn 10 Amazing Facts About The Book »