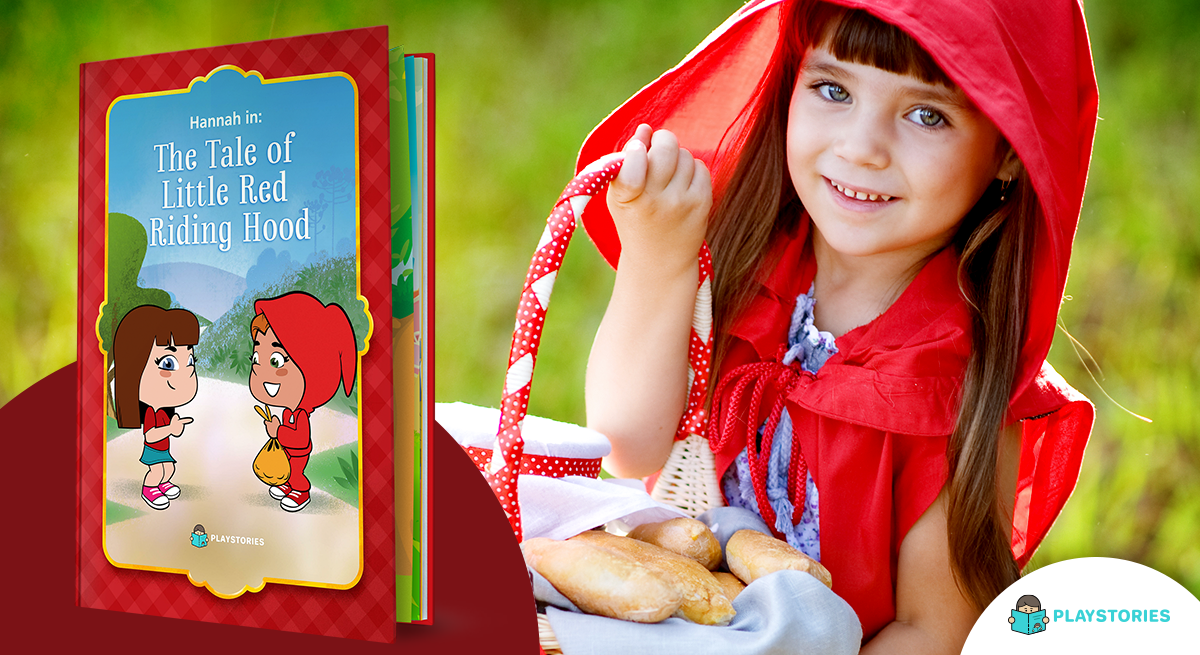 We all know the story of Little Red Riding Hood. It’s a tale that has been around since you were a kid, since your grandparents were kids, and so on.

However, after many years, the tale may feel a little stale to some people. We all know what happens, with the big bad wolf trying to eat Red Riding Hood, only to be thwarted in the end.

Now, there’s a new twist on Red Riding Hood, and it involves your kid! Yes, that’s right. On the new “Litte Red Riding Hood” personalized book, your kid will be part of this classic story.

“…two children wanted to eat doughnuts. (Name) and Little Red Riding Hood called Grandma, because she had a secret recipe.”

Right from the get-go, your child is in the story, with their appearance based on an avatar you can create for them, or they can do it with your permission. The avatar creator is quite detailed, and you can preview the book before you publish it.

As you can probably tell from the first quote, it’s a more modernized version, with Red Riding Hood calling grandma on their phone. The story then continues with the avatar character making it to the house before Red and seeing the wolf posing as grandma.

However, unlike Red Riding Hood, your child is immediately suspicious and continues searching!

“(Name) found the real Grandma in the closet. She was hiding from the bad wolf, who had invaded her home at nightfall.”

This is a cleaner version of the tale, without the wolf swallowing grandma. However, there are even other twists to the story.

The story then continues sort of like the standard Red Riding Hood tale, with Red coming in and being confused with the wolf who is posing as her grandma. However, in a new twist to the tale, some firefighters come in and spray the wolf.

“…everyone saw that he was, in fact, a werewolf!”

That’s right. In this version, the wolf was a man who turned into a werewolf, and he just wanted some doughnuts.

This is a funny variation of a classic children’s tale, and your child will love being the protagonist of it.

In fact, there are many lessons your child can learn from this tale. How to see past deceiving appearances, how to take care of the elderly, and much more!

This book is from Playstories, who also have other books you can buy if you want to put your child in them. Some are classic fairy tales like Red Riding Hood but with a twist, and others are original content. Some also explore the relationships between parents and children, with you being allowed to put your own avatar in them, too.

Check them out and see what they are about. There’s a good chance you may find something for your whole family.

« 8 Ways To Teach The Alphabet In a Playful Way
Traveling With Children: What to Pack? »