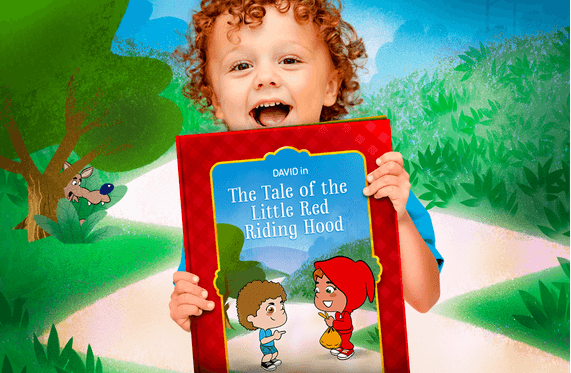 Understand the important lessons of this tale and why Little Red Riding Hood is one of the best-known stories in the world.

Every child knows the story of the little girl in a red hood who crosses the forest to take sweets to grandma. This classic fairy tale likely originated from European fables of the 20th century, being published first in French and then by the Brothers Grimm, its best-known version.

Over the years and with its dispersion in many countries, the story has had numerous adaptations and reinterpretations of popular culture worldwide. It has become one of the most well-known fables of all time. One of the reasons for such success is the important lessons that the story brings to children.

The study conducted by researchers Caren M. Walker, Alison Gopnik (University of California, Berkeley), and Patricia A. Ganea (University of Toronto) shows that fiction stories offer important opportunities for children to learn information that they cannot experience directly on their own.

When we read fiction, our brain makes a double effort, which researchers call a “reader’s dilemma”, which tries to separate knowledge that belongs to the real world from false information. At the same time, it strives to apply the contents of the story in the real world.

This complex brain movement begins before literacy and develops significantly in early childhood (the first 6 years of life), as well as increasing the ability to distinguish between possible events and impossible events.

What do children learn from the Little Red Riding Hood?

The story of the classic tale may vary, but the versions have the same core:

A little girl, called Little Red Riding Hood, goes to visit her grandmother who lived far away. Her mother recommends not  to take any detours on the way and not speak to strangers. However, in the forest she finds the Big Wolf who asks her where she is going, and the girl ends up telling him. Upon arriving at grandmother’s house, she is received by the disguised Big Wolf, who had eaten her grandmother. Before he has the chance to devour Little Red too, the hunter arrives to rescue her grandmother, providing the happy ending of the story.

Upon hearing this story, children experience moments of curiosity, surprise, fear, and joy. The characters and events can be interpreted as metaphors for real-life situations and the daily lives of little ones.

Therefore, we can list 5 main teachings in the history of Little Red Riding Hood:

This is the central idea of ​​the story, represented by a great villain, the Big Bad Wolf. Little Red Riding Hood does not suspect his bad intentions because he seems innocent and even wants to be her friend. Therefore, children learn from Little Red Riding Hood that no matter how cool a stranger may look, they can still be very dangerous.

When Big Wolf meets Little Red Riding Hood in the forest, he asks the girl where she is going and what she is going to do there. With this information, he manages to get to grandma’s house first. Thus, the story teaches children that they should not talk about personal things with strangers, however harmless that information may seem.

Little Red Riding Hood’s mother warns her daughter that it is dangerous to talk to strangers, and her disobedience puts her and her grandmother in danger. Also, in many versions, the mother tells Red not to go through the forest, but the girl chooses the shortest path anyway. In other words, children learn that disobeying parents and more experienced people can put them in trouble.

4. Appearances can be deceiving.

The story teaches children that, even though they seem to be friendly and helpful, in the end, the Big Wolf just wanted to fill his belly. And when Red found him dressed as grandma, she realized that something was different about her. Thanks to that and the help of the hunter, she manages to save herself and grandma in the end.

5. Caring for the elderly.

Despite living far from her grandmother, Little Red Riding Hood and her mother prepare a basket full of goodies to give her. This act of caring is an example for children to learn to care for their grandparents and other elderly people, learning to show love and care in different ways.

+ Lesson for the parents

Of course, letting children take a trip through the forest alone seems a long way from our reality – but at the same time, what parent never asked themselves when is the right time to give more responsibility and independence to growing children?

With that in mind, the story of Little Red Riding Hood shows that children will make mistakes along the way, no matter how many times parents warn or give them advice. However, they will also learn from each new experience.

Therefore, a lesson for parents is to develop an  emotional bond with their children. The healthier and closer the relationship between parents and children, the more children will trust their advice and feel confident to talk about their mistakes and ask for help when needed.

The new edition of Little Red Riding Hood created by Playstories has something different from all the others. The book is personalized, and the story gains a new character: your little one!

Being part of the story with Little Red Riding Hood, children learn even more and reading becomes a very special time for the whole family!

Try creating the book on our website and receive this personalized classic at home!

« Children’s literature and the power of stories: an interview with the author
What is the moral of the “Three Little Pigs” story? »