Masha and the Bear Characters: Learn Their Names and Characteristics! 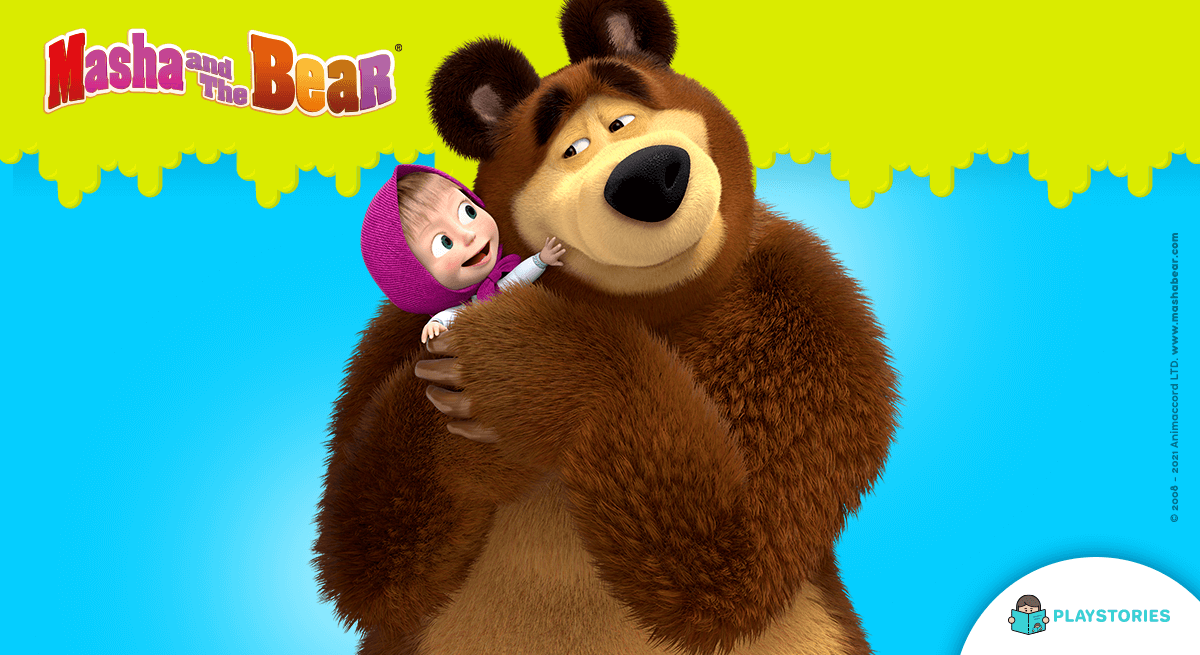 Learn the names and characteristics of the characters from Masha and the Bear, the cartoon that kids are loving more and more.

Masha and the Bear is an animated series which launched in 2009 in Russia, inspired by one of their folk tales that has been told from generation to generation.

The cartoon tells the adventures of a girl named Masha and her friend Bear, who always protects and helps her. The series has already been translated into 25 languages ​​and broadcast in over 100 countries!

Read on to get to know more about each of the characters in Masha and the Bear and what makes the cartoon such a success.

All characters from Masha and the Bear

In each episode of Masha and the Bear, the little girl, who lives in a house in the middle of the forest, ventures along with her friend Bear and several other characters. Together, this diverse group of animals make the forest their home.

Masha and the Bear is fun for the whole family and teaches viewers lessons about creativity, loyalty, and true friendship in a very fun way. The characters have little dialogue, but they get involved in situations that are funnier than the next!

Masha is a mischievous 3-year-old girl who lives in an old train station in the forest. Clumsy yet friendly with everyone, she is always getting into trouble.

Masha always walks alone through the forest to play with the animals, especially her best friend Bear. She wears a pink traditional Russian outfit with a pink headscarf. In addition to being mischievous, Masha always demonstrates her cunning ways and intelligence, being even stronger and faster than Bear.

Bear is Masha’s best friend, and is kind-hearted in a fatherly way. He’s serious and calm, but having worked in a circus, he knows how to do magic tricks and acrobatics.

He seeks peace and quiet, yet is always being tormented by little Masha. Bear gets annoyed with his friend’s antics, but despite everything, they are inseparable companions and he misses Masha when she’s not around.

The Siberian Tiger is an old friend of Bear’s, and he still works in the circus. He has a personality similar to his friend’s, but he can do more tricks and takes more of Masha’s antics.

Rabbit is a friend of Masha’s who is also always involved in her mischievous activities. Sometimes he is an antagonist to Bear because he tends to steal carrots from his garden, and he also likes to make fun of other animals.

Masha’s dog is always doing its guard duty, and that’s why it doesn’t always appear in the episodes.

Penguin is like a foster brother to Masha and seems to like her more than his adoptive father Bear. Cheerful and cute, he calls the Bear “daddy” in the episodes in which he appears.

Panda is Bear’s Chinese nephew and appears to be the same age as Masha. He often visits his uncle from time to time, which makes Masha a little jealous, although the two are friends.

Goat lives in the backyard of Masha’s house with Dog and Rosie. He’s generally unconcerned about what’s going on around him, as long as he has something to chew on.

Rosie is Masha’s favorite pet, and she always treats her like a baby. Rosie loves the girl but is always running away from her excessive display of love and affection. All that Rosie needs to be happy is good music, dancing, and sunny days!

Female Bear loves nature and loves to read poetry. Plus, she has a crush on Bear! She lives in the forest near the river and loves to eat raspberries and cream.

The Black Bear is Bear’s biggest rival in the forest. He’s smug just because he’s taller, stronger, and more muscular than Bear. He is vain and likes to work out, always concerned about his body.

He is one of the two wolves who are friends with Masha and Bear. The pair live in a rusty ambulance in the middle of the forest and are the “doctors” of the area, when small injuries occur. Silly Wolf is messy and lazy, and always obeys Crafty Wolf’s orders. He is also always hungry and likes to eat anything that fits in his mouth!

Crafty Wolf is bossy and always howling orders. He is constantly hungry and trying to hunt the animals in the forest, but he always messes up.

In the cartoon, squirrels always appear in the woods, and this one ends up becoming Masha’s friend. He lives high up in a tree and seems to be a little stressed out, wanting to store all the nuts in the forest.

It’s another animal from Masha and the Bear’s friendly forest. He lives inside a tree trunk, loves eating apples, and is not very lucky: he is always in the wrong place at the wrong time.

Your little one with Masha and the Bear

Masha and the Bear characters captivated children and families with their wit, courage, and cuteness. Now, rather than watching their adventures, it is now possible to be part of them!

In Masha and the Bear’s personalized book, your child goes on a forest adventure to help Masha make a big surprise for Bear. And of course, it will be a very fun mess!

Being part of this adventure in Playstories’ new book is a unique experience for fans of the cartoon. The little ones will learn important lessons about friendship and fall even more in love with reading.

Click here to create your own and be a part of the story with Masha and the Bear – Playing Through The Seasons and Surprise For Bear!