The Little Prince: Learn 10 Amazing Facts About The Book 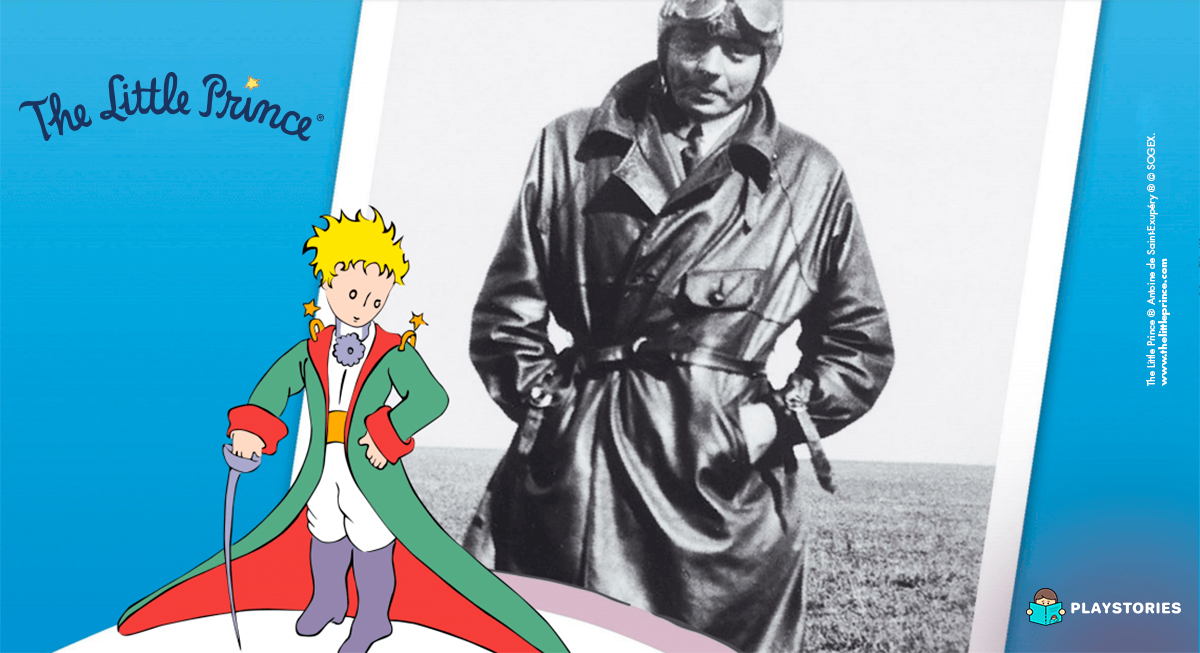 Learn all about Antoine de Saint-Exupéry’s The Little Prince, one of the most famous works in the history of world literature.

A mysterious boy is coming from a distant planet, looking for a sheep. Does this character sound familiar? The chances of you knowing the story of The Little Prince are high.

The book, written by French aviator Antoine de Saint-Exupéry, was published in 1943 and has sold over 200 million copies worldwide, making it one of the most famous works of children’s literature in history.

The modern classic tells the story of a little prince, who travels through the universe in search of wisdom. On Earth, he finds an aviator lost in the desert, to whom he tells his entire journey so far.

10 Fun Facts About The Little Prince

If you already know The Little Prince, you will be delighted with some fun facts about the book that we listed below. If you have never read the book, you will surely have 10 more reasons to read this universal work of literature.

1. The writer Saint-Exupéry had a lot in common with the book’s aviator

Although he is now known as the writer of The Little Prince, before World War II, Antoine de Saint-Exupéry was a famous aviator, coming from a family of the French aristocracy. He was a test pilot and helped implement mail routes in Africa and South America.

Saint Exupéry was inspired by his own experience when describing the crash of the character ‘The Aviator’ in the Sahara desert. In 1935, during an attempt to break the record for the fastest trip between Paris and Saigon, he crashed his plane in the desert 200 kilometers away from Cairo, Egypt. The aviator and his co-pilot survived and spent 4 days lost in the desert until they were found by one of the locals who saved their lives.

2. Saint-Exupéry also did the illustrations for The Little Prince 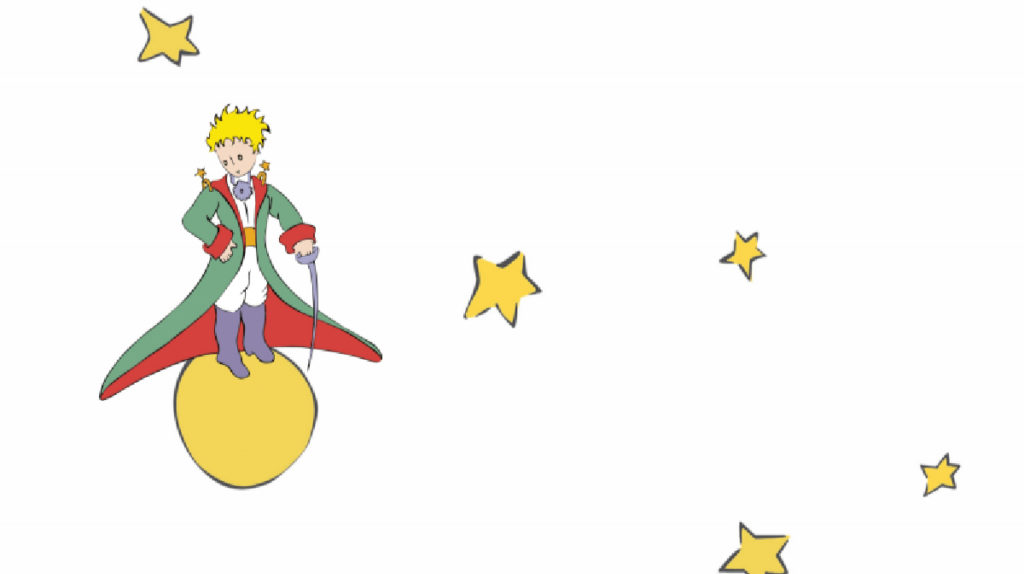 It was Saint-Exupéry himself who painted the watercolor illustrations of the story. He did not consider himself an “artist”, and even gave up his studies in architecture in his youth, but he always drew people on pieces of paper. This fact is reflected in an excerpt from the first chapter of the book:

“The grown-ups’ response, this time, was to advise me to lay aside my drawings of boa constrictors, whether from the inside or the outside, and devote myself instead to geography, history, arithmetic and grammar.”

Also read: The Importance of Reading for the Alpha Generation

3. The Little Prince was written in the United States

Saint-Exupéry was a French Air Force pilot during World War II until the armistice between France and Germany in 1940, which resulted in the demobilization of French forces. With the political changes, he refused to join the Royal Air Force and went into exile in the United States, where he tried to get the government to enter the war against Germany.

First published in 1943, The Little Prince was released in French and English, but only in the United States. Due to the author’s political views, his work was only available in his homeland after the liberation of France at the end of the War.

4. The rose was inspired by Consuelo, Saint Exupéry’s wife 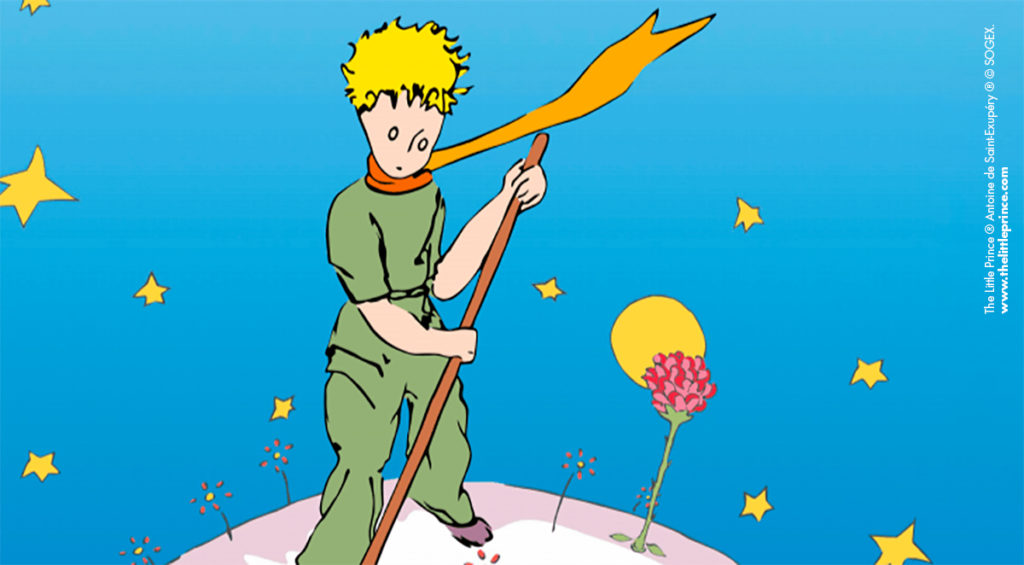 The author was married to Consuelo de Saint-Exupéry, also a writer and artist born in El Salvador. The two had a volatile relationship, having lived apart for most of their lives. Yet, she had always been his muse and likely inspired the rose in The Little Prince.

Just as Saint-Exupéry kept Consuelo close to his heart, the little prince cherished his rose, watering and protecting it. Although he encounters other roses on his journey, the fox reminds him that his rose is unique to him because “You become responsible, forever, for what you have tamed”. This theory is further reinforced by the title of Consuelo’s autobiography, called The Tale Of The Rose.

5. The Little Prince is a profoundly philosophical work

Despite having many characteristics that can classify the book as Children’s Literature (the language, the short texts, the illustrations throughout history), The Little Prince can also be considered as philosophical literature. According to critics, the book contains several existentialist parables. Almost all the chapters address criticisms of the interwar’s society while narrating the parts of the prince’s journey.

The author presents questions about dualities such as life and death, friend and enemy, and society and the individual. In the six stops that the little prince makes before reaching Earth, including meeting a drunkard, an egocentric king, a very vain man, a busy businessman, a lamplighter, and a geographer, all are metaphors created for human behavior and the problems of society. The same can be said to the danger that the Baobab trees posed to the little prince’s home. It also symbolizes the dangers that Nazism posed at that historic moment.

6. The author finished the story in a hurry

Saint-Exupéry finished the work rushing to send it to his editor because he needed to enlist in the French armed forces as a pilot, so he left 140 crumpled, coffee-stained, and even cigarette-burnt pages on his editor’s desk.

In his parting moment before going to military service, Exupéry said: “I would like to give you something splendid, but that is all I have.”

7. One of the main characters is never shown to the reader

Curiously, the pilot – who is the narrator and one of the main characters – is never shown in the book’s illustrations. A 2014 exhibition in New York featured several previously unseen drawings by Saint-Exupéry, including one depicting the aviator sleeping beside his plane.

According to curator Christine Nelson, Saint-Exupéry probably excluded this illustration because he got rid of what was not essential to the story. At the same time, one of the most famous phrases in the book is: “It is only with the heart that one can see rightly; what is essential is invisible to the eye.”

The end of Saint-Exupéry’s life is as mysterious as the end of The Little Prince. After returning to the French Air Force on a reconnaissance mission in 1944, his plane disappeared and he was never seen again.

It is not known whether he was shot down by an enemy or crashed, the author’s body was never recovered. It was only in 2000 that the remains of the plane were discovered off the coast of Marseilles, in the Mediterranean.

9. The Little Prince has been translated into over 250 languages

It’s in the top 10 most translated books in the world, in the same list as the Bible and the Quran. Its translations include rare dialects such as Alur, spoken in Congo, and Toba, an indigenous language of northern Argentina.

The Little Prince was also translated into the artificial language Esperanto and printed in Braille. There are countries with different versions of the book: the record is for China, with 50 different editions. 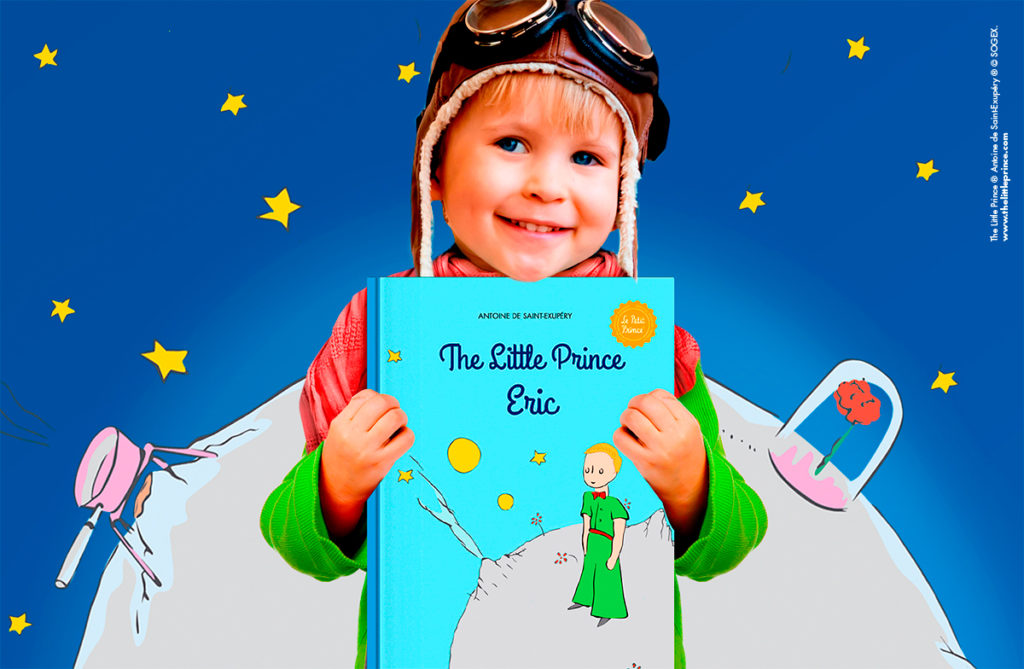 The newest adaptation of Saint-Exupéry’s work is the personalized version of the book The Little Prince, in which children can become the main character of the story. This launch of Playstories aims to encourage children’s reading and protagonism, introducing this classic of world literature to the new generation of readers.

« Name That Dino! 308 Dinosaur Names For Kids
8 Children’s Books About Feelings to Read with the Kids »